one is some sort of cleaning woman
constantly sweeping and dusting,
straightening chairs, moving the furniture
around. a pile of what she calls
rubbish lurks in the corner of my heart,
her vote is to wipe our hands of it all,
empty out every spidery corner,
get on with it, throw it all out.

where my shadow lives

in my son’s room.  he’s small, maybe six, has just bathed and brushed his teeth. toys scattered on the floor, a box of Legos here, some half-built castles there, ninja turtles stacked like a pile of corpses in the corner, pants peeled off and left in the middle of the room, stuffed animals heaped on his bed.  he’s under the covers, hair still damp from the bath, cheeks shining and clean.  I can’t resist kissing them.  he smells like the purest soap. I grab a book, maybe it’s Chicken Soup with Rice, lie down next to him, tuck him in, and start to read.

all that’s alive and good is in this room:  my voice, his eyes.

we are safe, we are together, I am the good mother.

my son, the little sword, is trying to sleep, but he’s tossing and turning, cutting himself and me when I try to help.

we’ve had another difficult day.  Nothing is as either of us had hoped. every day I wake up, he says, and promise myself I’ll be good.   I really want to, but—something always happens . . . he falls into a fit of sobs, choking.  I stroke him to sleep, singing some song about summertime.

I know only too well that will is not enough for change, that knowing is not doing, but I am a sword and have little else to offer.

I’m worried about my lawn and gardens,
which I’ve left for three weeks to the care
of a neighbor’s young boy, not yet twelve.
I sent him a note telling him to watch for the crab grass,
don’t let it go to seed, I warned, but realized afterwards
he probably doesn’t even know what crabgrass is.

I’d been pulling it out diligently for a month,
daily, while it was still young, before the roots
got too deep and tough in the garden or the lawn
where it seems to comes up overnight,
growing twice as fast as the grass I want,
its lighter green leaves announcing it like an enemy flag.

There’s a drought in the Midwest now,
and I fear my good grass will die
and all that will be left is crabgrass,

which seems to need almost nothing to live
and prosper, certainly not one’s permission.
It’s insidious: you don’t even know the seeds
are there, lying in wait.  It’s like the way
the doctor explained Hepatitis C:
it gets in your blood and stays quiet
for a long time, multiplying and burying
itself deeper and deeper into the liver

until, like a place uncared for
just one short season,
all hell breaks loose.

I’m trying hard to recognize the different trees
on this stranger coast: spruces, firs, pines,
but it comes down to needles, really,
their color and shape, how they’re bundled,
even how they smell:

Blue Spruce needles are blue-green,
sometimes silver, sharp-pointed at the tip,
four-sided.  When crushed they smell
intoxicating, like a rich piney wine.
White Spruce’s are also blue-green,
but with whitish lines; they’re sharp-pointed, too,
but when crushed smell shitty, like skunk.

I look at the trees over and over, touching and smelling,
trying to memorize their shapes and colors,
but the truth is the only needles I recognize are my own,

which come in bundles of six; they’re silver and round
except at the ends, which are flatter and sharp-pointed.
They’re always attached to the end of a plastic 1 ml syringe;
never twisted, they’re hard to crush.  They smell
like hospitals, and when I enter my veins with one,
I close my eyes, and think of spruce or fir or pine.
I’m injecting a resinous sap,
it smells like Christmas, the injection is a prayer.

I have a scar on my wrist where a cyst was removed a few years ago.  It’s long and ghostly slender, running across the top of my wrist, the trace of a slender knife cut. The cyst that used to be there is called a Bible cyst because in old days people used to beat them with Bibles to make them go away, the idea being, I guess, that the beating of a heavy book would make them rupture.

I tried beating mine at first with a dictionary—I couldn’t bear the thought of beating myself with a Bible. I soon found it too painful to do myself so I asked my husband to do it.  I’d close my eyes and look away.  Harder, I’d say, until the wrist was bruised and blue, but the liquidy, squishy bump on my wrist would still be there, more swollen than before, more determined, it seemed, to stay. I hated it.  It made my wrist look deformed. I’d roll it around sometimes like some kind of abused, hurt thing.  I felt sorry for it, but I didn’t want it there.  In those years I wanted to be perfect, and the recalcitrant cyst was a sign I was far from perfect.  I watched it grow month after month like a child growing in your belly that you don’t want, that you never gave permission to be there.  I’m sorry, I finally said to the cyst.  I don’t want you.   The doctor cut it out in his office.

After the surgery my wrist went back to normal except that the skin, where he’d cut, turned red. After a few months, the wound eventually shrunk into the flat white scar line I have now.

I still sometimes take a moment to trace the outline of the scar, remembering the unwanted lump that was there, and some days I wish I had a scar I could touch to remind me of that child I said no to, that child I cut out before its time, the child who would have have turned 18 this year. 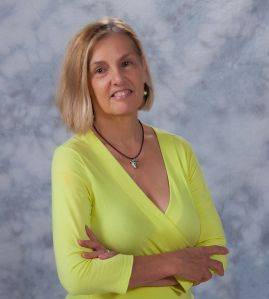 Sheryl St. Germain‘s poetry books include Going Home (Perivale), The Mask of Medusa (Cross Cultural Communications), Making Bread at Midnight, (Slough Press) How Heavy the Breath of God, The Journals of Scheherazade (University of North Texas Press), and Let it Be a Dark Roux: New and Selected Poems (Autumn House Press).  She has also published a chapbook of translations of the Cajun poet Jean Arceneaux, Je Suis Cadien (Cross Cultural Communications).
She has published two memoirs, Swamp Songs: the Making of an Unruly Woman  (University of Utah Press), and  Navigating Disaster:  Sixteen Essays of Love and a Poem of Despair (Louisiana Literature Press). She co-edited, with Margaret Whitford, Between Song and Story:  Essays for the 21st Century (Autumn House

Her most recent book is also an anthology, Words Without Walls:  Writers on Addiction, Violence and Incarceration, co-edited with Sarah Shotland (Trinity University Press).

She directs the MFA program in Creative Writing at Chatham University where she also teaches poetry and creative nonfiction.