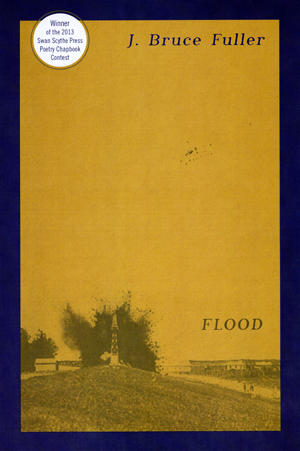 I cannot recommend this chapbook highly enough. Poem by poem, MockingHeart Review contributor, Dr. J Bruce Fuller, takes us into the depths of the human soul unearthed by floodwaters of two historic events: The 1927 Flood and Katrina. We feel the losses as our own, and they are. J Bruce puts us in the maw of the rivers and in the coursing waters to be carried away unless we cling to his language, which is deeply grounded, rooted in a passion for Louisiana in all her mystery and mystique. In light of the 2016 Louisiana Flood, I encourage you to purchase a copy of this perfect volume while it is still available. It will haunt you like no other book on the subject.

“In this sensual and deeply informed collection, J Bruce Fuller gives us two floods in the lower Mississippi River, almost a century apart. Describing the 1927 flood, the poems speak of men who stand on the levee to report the water’s rise. Some are forced to knit arms and legs, a kind of human dam, and are washed away. In 2005, the levees are strong, and people ‘in the shadow of the levee’ feel smug and safe. They see meteorologists on CNN, and they watch the floodwater and destruction follow Katrina. Beyond those differences, the poems make clear, in concrete language, that there was the same betrayal, superstition, family ties, same indiscriminate death, wealth and its small protections, poverty and its vulnerability. These poems do not elegize life on the river a century ago as a time that will never return, or evoke New Orleans as it used to be before the storm. These poems know, as the river knows, that time is not linear, it is cyclical. The river will be there when our brief stories are gone. The flood can come again, when it will. As one of the men on the levee says, and repeats like a line in a blues song: ‘What water will come, will come.'”—Ava Leavell Haymon

One thought on ““Flood” by J Bruce Fuller”