Poet and writer Tina Barry recently curated a collaborative art and written word show titled “The Virginia Project” that held its debut in High Falls, New York. The project centers around Marc Chagall’s partner, Virginia Haggard, and their daughter, Jean McNeil, who lived in High Falls for two years. Tina discovered they had lived within blocks of her home when she moved to High Falls herself in 2015. Intrigued, she began researching the story of how they came to live there and the relationships between Chagall, Haggard, and McNeil.  What Tina learned inspired her original poetry and, subsequently, to collaborate with visual artists to create The Virginia Project. Artists who participated include Leslie Bender, Barbara Danin, Jenny Lee Fowler, Jaime Caul, Trish Classe Cianakis, Wendy Hollender, Heige Kim, Ingrid Keppler Lisowski, Kate McGloughlin, Giselle Potter, Adie Russell, Amy Talluto, Anique Sara Taylor, and Lori van Houten. The exhibit debuted at The Wired Gallery in High Falls October 27, 2018, and will open at the galleries in Long Island University the week of January 21, 2019.

MHR’s Charlotte Hamrick recently spoke to Tina about the project.

How did you discover the story of Chagall and Haggard in High Falls?

In 2014, when my husband and I bought a house in the hamlet of High Falls, NY, I started doing some research about the town and learned that Marc Chagall had lived there from 1946-1948. There was a lot of information about Chagall, but very little about his partner Virginia Haggard, and Haggard’s five-year-old daughter Jean McNeil. I did some digging and found that Haggard, who was 30 years younger than Chagall, was much more than the “maid” or “mistress” she was often referred to in writing about the couple.

Haggard, the daughter of an English diplomat, was an unconventional, outspoken woman, who was passionate about art. She was well-educated, spoke several languages, and was an aspiring artist. She married a man her parents despised, and wouldn’t take their financial assistance when her husband’s mental health declined.

She went to work for Chagall as a housekeeper to bring in some money. She was never his mistress. Chagall’s wife died shortly before he met Haggard. I wanted to give Haggard and McNeil voices in their history with Chagall, so the women tell their stories. I now have 60 poems and prose poems, flash and letters. 15 of the pieces appeared in The Virginia Project. 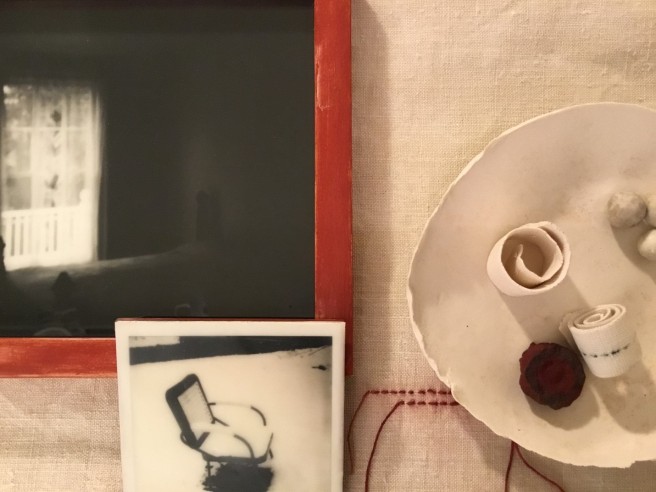 Was it difficult to find information about Virginia and her accomplishments?

Haggard is sometimes mentioned in articles and books about Chagall; in some accounts, she’s left out completely. Journalists and historians seem to have had little interest in Haggard, besides looking pretty in photos, and that she was the mother of Chagall’s only son David.

As I researched, I discovered Haggard’s memoir My Life With Chagall: Seven Years of Plenty With the Master as Told by the Woman Who Shared Them. I use a few of the anecdotes and characters as jumping off points, but my work in this series is fiction; most of the writing is imagined. 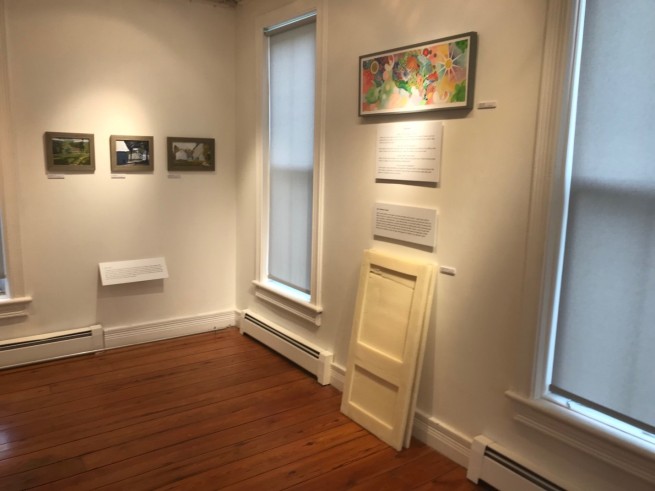 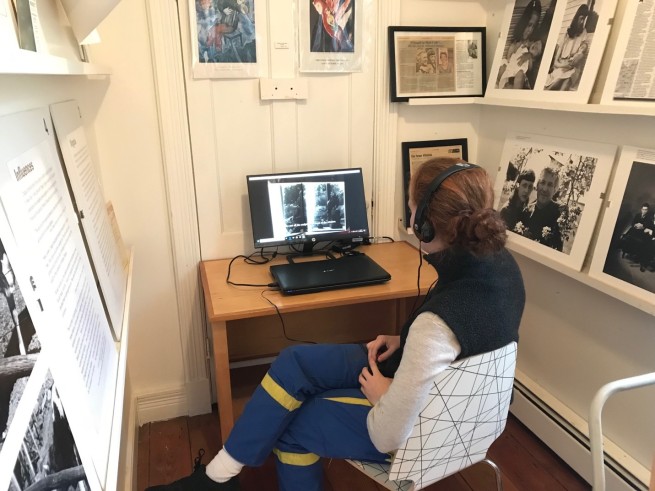 Why did you decide to focus your poetry on the mother-daughter relationship instead of Chagall and Haggards?

Well, the mother-daughter relationship is important to the story. As a child, Jean McNeil had no agency. She watched her father’s mental health decline, was witness to the budding love affair between Chagall and Haggard, and then folded into this new family unit. It was a tough, unsettling time for McNeil, and Chagall was focused on Haggard, not this sensitive child who didn’t have a say in what came next. But, the writing in the series is as much about the adults’ relationship as it is about the mother and daughter. 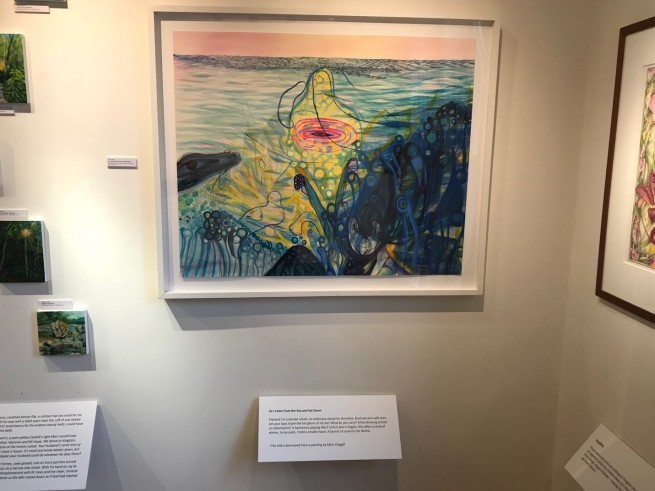 How many artists participated and what are some of the mediums they used?

Finding, meeting and collaborating with the artists was one of the great joys of the project. I chose 14 women artists whose work resonated with me. For The Virginia Project, each of the artists interpreted a different piece of writing. I wanted a mix of styles and mediums, so my words and Haggard’s and McNeil’s lives were looked at and expressed from different angles. A few of the artists work conceptually. Two are illustrators. I have two artists who create cut-paper pieces. A few landscape painters. The artists use paint, clay, wasp nests, fabric, paper, oils and acrylics, photos. I had an idea of what their interpretations would look like, yet I was surprised again and again by what they created. It’s been exhilarating.

Tina graciously provided an example of her poetry and the corresponding cut-paper artwork by Jenny Lee Fowler, below. 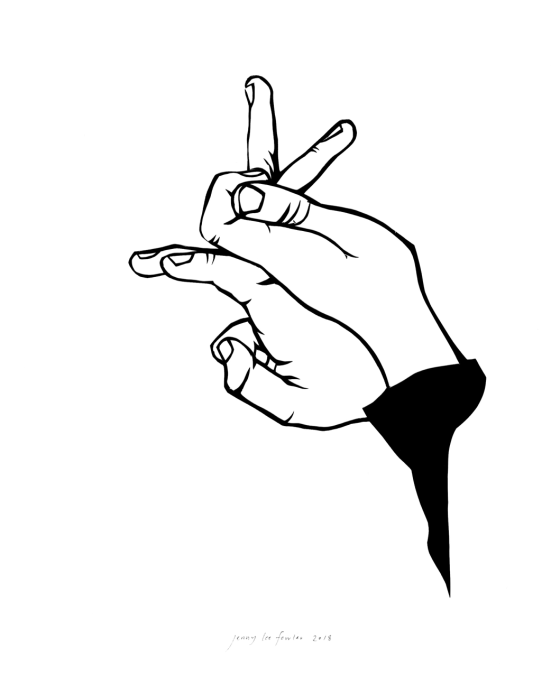 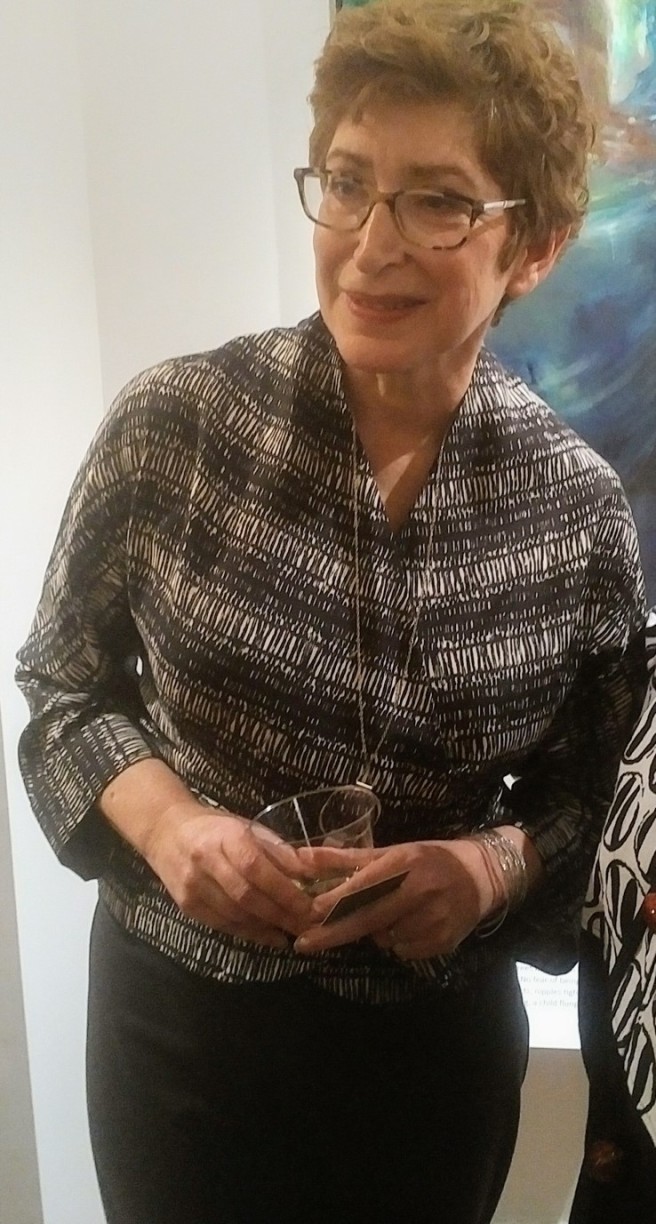 Tina Barry is a former artist and textile designer. Her writing has appeared in several anthologies including The Best Short Fiction 2016 (Queens Ferry Press), Nasty Women Poets: An Unapologetic Anthology of Subversive Verse (Lost Horse Press, 2018), and Feckless Cunt: A Feminist Anthology (World Split Open Press, 2018). Her poetry and short fiction can be found in numerous literary magazines including Drunken Boat, Connotation Press, and Blue Fifth Notebook. Tina has two Pushcart Prize nominations and several Best of the Net nods. Tina is the author of Mall Flower: Poems and Short Fiction (Big Table Publishing, 2016). She is a teaching artist at The Poetry Barn and Gemini Ink. The Virginia Project is her first effort at curating and her first collaboration.