Informing the Past: Allison Joseph’s Confessions of a Barefaced Woman

Reviewed by Tyler Robert Sheldon
Allison Joseph’s new collection Confessions of a Barefaced Woman is a forthright and unabashed examination of the speaker’s personal lives. From past girlhood to her present as an assured and confident woman, this narrator troubles the idea that self-reflection should—or even can—be nostalgic. Impulses here layer upon one another, with later poems informing ones earlier in the collection just as our futures often inform our pasts; a highly aware melding of form and content. The collection opens with the young speaker on a subway, discovering across the aisle how life treats less fortunate individuals: “it isn’t funny on the number six train / when I look up from my chem book, see a man / across the aisle both clothed and exposed, / his pants held up by rope, dirt clumped in his matted hair” (“On the Subway”). The narrator’s careful noting of detail is mirrored by the poem’s attention to sound, with the plosive hints of “up” and “rope” dancing in the background. Such meticulousness is a hallmark of this book and of the characters within, and when the speaker departs the train several stops too early to walk home, that unfortunate detail is noticed immediately.

We learn more in “In the Public Library,” our first glimpse into the speaker’s interests—and her passion for reading. Some details are worth overlooking to escape into books, the narrator confides, such as the library entrance “reeking of piss, booze, its pavement / giving way.” Even when the books are just as frayed, they are so because of other readers who imbue them with their awe and adoration. In the miniature city of writing, the speaker “lean[s] on words and love[s] / all this—broken bindings, smudged print, / fondled pages, my library card.” Sometimes the richness of inner worlds is more than enough. Confessions shows this idea in “Bad Dogs” too, where the narrator must run past yards laced with these growling creatures, “coming home from school, book bag / bouncing on my shoulder, socks / sagging around skinny ankles.” The bookbag is an important detail here, emphasizing what she values most. When a dog bites her arm, the speaker envisions it as a writer would, “one sudden fist of a dog” that results in stitches. Visceral detail is often key to telegraphing emotion, and Joseph’s speaker gives this dog a signifier that for many would inspire fear.

As she grows older, the speaker treats objects with both reverence and resentment, showing the struggle that comes with finding one’s adulthood. “Grown-Up Shoes” epitomizes this conflict, where she buys a pair of dress shoes to feel adult. “How eagerly I’d awaited / your coming,” she remembers, these wondrous shoes meant to emphasize “legs and calves / to make the other girls go home.” Alas, they are not as advertised: they hurt her feet, and “what looked sexy / in photos made my legs / into stalks, feet into boats.” The passage into adulthood does much the same to all of us, and for a while, we too might sit, “toes jammed together, / barely peeking from the hole / at the tip of each sorry shoe.” The lines in this poem are short and narrow, no doubt like these shoes, and thus the poem moves quickly another form-and-content pairing.\

In “Advice on Being a Pesky Little Sister,” the speaker shows that reverence for signifiers of age doesn’t always extend to other people’s property. She advises wryly (or regretfully?), “Sit on your sister’s records, / especially if she’s saved for them / for weeks, shattering favorites first.” Whether from jealousy or the simply working out of siblinghood (familiar to many), she likes to “[f]ilch and crease / her magazines, ones she buys, / hoards away—Cosmo and Glamour.” Fairly innocent in the larger scheme, these actions get attention, all that’s needed when even the wrong kind is enough.

Less wholesome is behavior exhibited by the speaker’s father, who yells at her and at her sister over meals; “Dinner Hour” shows a man who has no time for tenderness. While eating, he would drive home what a “waste we were, how we never / turned off lights when we left / a room, and did we think he / was made of money/” Even when the mother intervenes, it’s clear that the damage has already been done: they will never be able to satisfy this patriarch. This poem is constructed in ten careful quatrains, which is not only aesthetically pleasing but may also double (for the speaker) as a buffer against wild emotions, a single layer of insulation against a chaotic father.

Joseph works with form throughout this collection, notably in “Adolescent Confession,” a sestina that moves so naturally the form is hard to detect when the poem is read aloud. The ending words of each stanza, rearranging throughout, are always vital, and fluidity is never sacrificed for the sake of the form. In the first stanza we learn of a captivating insecurity:

When I was a girl,
I had such bony legs—
a flat body, no breasts.
To compensate, to cheat—
I stuffed my bra, hoping to be hot.
What a pathetic sight.

The struggle undergone by the narrator eventually resolves into adulthood, where she is satisfied with her lot at last: she has matured. But throughout the poem, her overarching worries of inadequacy will be familiar to many readers, regardless of sex or gender. This poem and others humanize the speaker, and as in many other poems, we can see ourselves reflected clearly.

The poem “Some of My Best Friends Are White People” inverts the more common defensive expression, and shows the confidence the speaker has in herself and her choices. She notes, “The audience assumed that my husband had to be black, / because I’m black, and clearly proud to be so . . . / The assumptions go on and on.” Joseph, who is married to the skilled editor and fellow poet Jon Tribble, has surely experienced questioning looks firsthand—but she, like her narrator, rightfully knows both happiness and confidence. As the speaker points out wisely, “monitoring the toll of racism [is] too big a job for just one race.” She is admirably stronger than many other narrators in the world.

In “After Shaving My Head, I Begin to Think Beauty Is Overrated,” the speaker is daring and admirable for defying expectations, but jubilant as well: her scalp is “able now / to pick up frequencies of cold it’s never felt before. With growing older comes both maturity and playfulness, each one an essential part of being a balanced person, and the narrator shows this through her shaven head. Her reasons, simpler than what others assume (“to be able to glide hands over scalp with / nothing impeding the motion”), are not enough for everyone else: “Surely this gesture means something.” Joseph shows that intentionally or otherwise, the personal is always political, and doing what one likes in the face of that fact makes one all the stronger. This poem, a series of enjambed couplets, is also playful in form when contrasted to the book’s other pieces: no other poem is structured this way, making this one stand out in all the right ways. Readers are also given segments of situations here—work, home, classroom—that are brief and quick, just like these short stanzas.

“A History of African-American Hair” is related to that rebellious poem, celebrating the process of styling hair and the labor that goes into doing so. Like “After Shaving…,” this poem is in couplets, a listing of the “knots, snags, / tangles . . . // goopy gels, / greasy lotions, pressing oils and pomades” that the speaker has faced in the past. Joseph’s narrator, in the end, is “glad as any woman can be / that I cut my hair, that the woman in the mirror // now has hair she can touch, / cropped close to scalp, to skin.” Happiness comes with experience, Joseph asserts: it is a fine-tuning of the self into the resonant present.

Toward the end of Confessions, Joseph reflects on what it means to be a poet: the expectations, cliché’s, norms, and behaviors that come along for the ride with that label. In “Daughter, Mother, Sister, Wife,” she muses on each in turn: “When your daughter is a poet, burn all your possessions before you die.” Poets, who have a propensity for turning every day into the studied and sometimes the near-sublime, can be are sharpest critics. The speaker continues, “Burn all / your correspondence; but be warned, / she’ll make something of the cinders.” The inverse is just as unique, as Joseph notes: “When your mother is a poet, / your breakfast may be marmalade . . . / You may not get fed at all.” In these lines, so whimsical and wry on the surface, a deeper discontent—even regret—begins to emerge. The hinted past, delineated here, isn’t all goodness or nostalgia. The hard moments of the narrator’s life make that life both complicated and fascinating, wholly absorbing our attention with each page. In Confessions of a Barefaced Woman, growing up is a medley of complex emotions, each informing the next moment where, when there is darkness, we can glean a little light.

Readers can purchase Confessions of a Barefaced Woman at one of Joseph’s many readings or from Red Hen Press, as well as from regional and national booksellers. 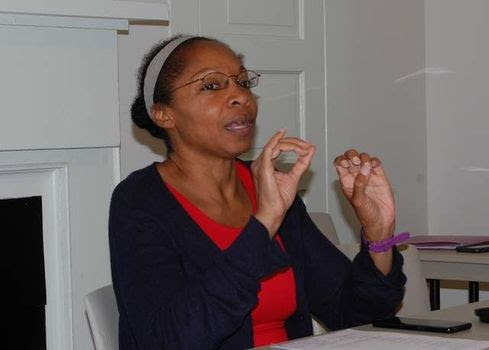 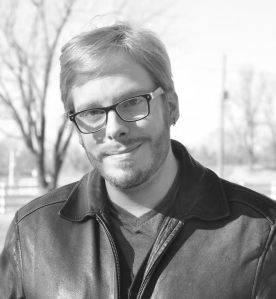 Tyler Robert Sheldon is Associate Reviewer and a contributing writer for MockingHeart Review. His newest books are Driving Together (Meadowlark Books, 2018) and Consolation Prize (Finishing Line Press, 2018). He received the 2016 Charles E. Walton Essay Award and has been nominated for the Pushcart Prize. His poetry, fiction, and reviews have appeared or are forthcoming in The Los Angeles Review, The Midwest Quarterly, Pleiades, Quiddity, The Dead Mule School of Southern Literature, Tinderbox Poetry Journal, and other venues. Sheldon holds an MA in English from Emporia State University and is an MFA candidate at McNeese State University. He lives in Baton Rouge.